Started by Nancy Clerk · 0 Replies
Share on my timeline 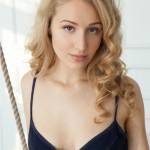 My wife Melissa and I decided to try and seduce a really sexy young woman from her office named Sara.

Sara had just turned 20 and was new to my wife's office. She had moved to the area for the job and had only been here for about 5 or 6 months when this encounter occurred.

Sara was of Vietnamese decent and she is petite with very large breasts. Sara's hair was black shoulder length and her legs seemed to go on forever. Her personality was very bubbly and she had a terrific smile and was always happy. She is a person that you would want your son to marry.

Melissa and I set our plan in to motion and she asked Sara if she would like to come to our house for supper one night and being new to the area she accepted the invitation.

Sara showed up with a bottle of red wine and a bottle of white wine, she said she did not know what we were having so she wanted to cover the bases. We ate a nice dinner and talked and ended up finishing both bottles of wine. I naturally opened another from our stock and we drank some more. Sara was just plain beautiful, her dark skin and her smile and constant giggling told me that she was getting a little drunk.

I told Sara that she should not drive home and she could stay in our extra bedroom for the night and she agreed.

Now we had her at the house and the plan was working!

Melissa and her sat on the floor in front of me and talked and drank and my wife made a comment on how pretty she was. Sara thanked her and said she didn't think she was very cute, but thanks for the compliment.

I then chimed in, "Sara you are gorgeous, why do you think you are not?"

"Well, I am Asian and I would love to look as sexy as your wife, I mean look at her she's beautiful, light skin beautiful hair and a very sexy body!" Sara replied.

"You know, most guys love Asian girls, they are very sexy." I told her.

My wife Melissa said, "Sara, you are much sexier than me, you are young and your dark skin is really hot, I would make love to you if I were a man!"

"Really?, Thank you." Sara replied as she smiled at Melissa.

Melissa felt that her chance was now so she moved over to Sara and hugged her and kissed her on the cheek. Sara looked at my wife and smiled and kind of nestled herself in to my wife.

Melissa began to rub her back as she held her and Sara moaned in acceptance.

Sara looked at Melissa and my wife kissed her right on the lips. It was a long wet kiss and the both cooed as their sexy wet lips met!

My cock was swollen as I new Melissa at least had hit pay dirt. Their kissing became more intense and Melissa began to massage Sara's breasts. Sara backed off a little and then almost like she gave in to the intense feeling of lust began to kiss Melissa passionately.

I got on to the floor with them and began to kiss Sara's back and she stopped kissing my wife and smiled at us both. Melissa began to pull her dress off and Sara followed suit. Sara's breasts were very nice probably a c cup and her dark nipples were erect. I pulled my shirt off and Melissa and Sara turned their attention to me and began to kiss my chest and massage me. Sara began to kiss me and her little tongue darted around my mouth as Melissa sucked on my nipples!

It felt great and then Melissa pulled her skirt and panties all the way off exposing her beautiful breasts and smoothly shaven pussy. Sara giggle and then smiled as she slowly peeled her dress and panties off. Her little pussy was very sexy and it too was smooth and hair free!

Melissa unzipped my pants and my cock popped out and Sara let out a gasp, "Jeez, that's big!"

Melissa smiled at Sara and began to stroke my cock. Sara wasted no time putting a hand on my cock and helping my sext wife stroke my big swollen cock. Sara tuned her body and I got a great view of her little pussy as she moved closer to my cock.

Melissa said, "Wait a minute!" and jumped up and went to our room and got her toys.

She put them in hot water and came back in to the room as Sara continued to stroke my cock with her little hands. "Whatya got there?" Sara wondered aloud.

"I have my toys and I wanna play with them tonight!" Melissa said seductively.

Sara looked at Melissa and said, "Can I suck his cock, the size of it is driving me crazy!" "Sure Sara, suck his cock and he can eat your pussy!"

Sara began to take my cock in to her warm little mouth and then she straddled my face so I now had a very sexy, tight, wet Asian pussy staring me in the face!


I wasted no time, I began to suck her wet pussy lips and flick her clit with my tongue as Sara tried to get my cock in to her mouth!

I was great, her pussy was so wet and tasted so good!

As Sara worked her mouth down on my cock, Melissa sat there playing with her pussy beside us. Sara now had my cock in her mouth and was sucking it really nicely.

Melissa rubbed her pussy and moaned and then she pulled one of her smaller dildo's from the hot water and moved around to Sara's ass. I kept licking and sucking her pussy and Melissa massaged her ass cheeks.

"Oh yes, fuck me Melissa, fuck me!" Sara moaned and then inhaled my cock again!

Melissa kept pushing it in and out and Sara began to squirt and she groaned as the release of fluid **** from her pussy!

Sara could not suck my cock at this point, she just laid her head on my stomach and moaned as Melissa banged her pussy.

"I do, I wanna fill Sara's pussy up!" I stuttered.

Sara crawled down without turning around and arched her back as she placed her pussy in front of my cock and I began to feed my cock in to her little pussy. I was amazed how tight her pussy was!

I watched as she rode me reverse cowgirl style and my wife went to her front and they kissed and Sara rubbed my wife's pussy as she pumped her tight snatch up and down on my rock hard cock!

"Oh, your cock feels so big in me!" She stammered.

I watched as her pussy stretched open and on my cock as she slide up and down, her ass was rock hard and perfectly shaped!

I fucked this little pussy for all I was worth and I felt the warmth of her liquid as she squirted on my cock, it was fucking awesome!

Sara took a drink of wine as did I. Melissa was rubbing her pussy and told Sara, "I wanna eat your pussy!"

Sara immediately rolled over and spread her legs exposing her swollen glistening pussy and Melissa began to lick our juices from it. I watched as Melissa happily ate Sara's pussy!

I watched for awhile until my cock got hard and without a word, I slide in behind Melissa and quickly plowed in to her pussy! I think she was shocked as her reaction was almost one of pain! I fucked her for a few minutes and Sara announced that she wanted to eat Melissa while I fucked her!

I once again got behind Melissa and was moving my cock towards her wet hole when Sara grabbed my cock and began to suck it. She did this and then fed my cock in to Melissa's pussy!

Now Sara had the view I did awhile ago and she fondled my balls as they slapped against Melissa's clit and she licked and sucked her clit at the same time. Melissa looked over her shoulder and said, "Stick your cock in my ass baby, I wanna know what it feels like!"

I grabbed the lube and slowly worked it into her ass to stretch her open a little before I introduced her to my big cock. Sara and Melissa kept eating each others pussies.

"This is so fucking hot!" Sara announced as she watched my cock begin to slide in to Melissa's tight little ass! Melissa moaned as my cock began to open her like nothing she had ever felt!

I pushed until the head of my cock was fully inside her ass and then I paused. As I could feel her ass begin to relax I began to push slowly in to her ass. She was so fucking tight I was amazed at how good it felt. A pussy is one thing and unless you are a fucking a virgin teenager, nothing is tighter than a virgin ass!

I pushed slowly and steadily as Melissa gasped and moaned and Sara licked at her pussy. Melissa said, "Go slow baby, it feels so fucking good. I've never felt so full!"

I pushed until my cock disappeared and then slowly began to withdraw and then pushed in again. By now, Melissa's as was able to accept my cock and she began to slowly meet my thrusts, all she could do was moan, "Oh my god, Oh my god, it feels so good baby, don't stop!"

Sara kept playing with Melissa's pussy as I fucked her slowly. Melissa did her best to continue sucking Sara's pussy between moans and groans!

Sara watched in awe as she observed my cock pulsating inside Melissa and she watched as Melissa's pussy quivered with delight!

Sara exclaimed, "That was fucking hot you guys, I want you to fucked my ass next!"

After about an hour of reveling in what had just happened and talking about it and assuring Sara that I would be as gently with her as I was with Melissa, she wanted me to take her ass cherry too!

I'll bet there aren't many guys who can say they fucked 2 virgin asses in one night!

Sara's ass was as fucking sexy as Melissa's, even more so maybe because as I said her ass was perfectly shaped and rock hard. I guess a 20 year old still has the upper hand on some things.

Sara came hard and squirted again during the popping of her ass cherry!