Started by Yesmania Thanos · 0 Replies
Share on my timeline 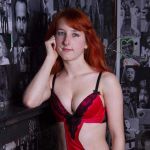 "Strong Black men eat Black pussy while taking White dick, bisexuality is definitely the way to go," Marjorie Waterson said, and the six-foot-tall, sultry, curvy, forty-something African American businesswoman spread her thick dark thighs wide for her lover Antoine Dormer. The handsome switch-hitter, originally from the island of Jamaica, had outstanding oral skills and Marjorie loved it when he gave her pussy a tongue lashing. So what if Antoine also fucks the fellas every now and then? Marjorie isn't the jealous type. Bisexual Black men are more than okay as far as Marjorie is concerned.

Burying his face between Marjorie's wonderfully thick dark thighs, Antoine ate her pussy like a champ. Black pussy tastes absolutely wonderful and Antoine accepts no substitute. The tall, lean and athletic Black man hadn't had some good pussy in a while, and this was his opportunity to make up for lost time. Of course, as much as Antoine loves the smell and taste of Black pussy, he does enjoy a stiff dick every now and then. Antoine likes interracial on his bisexuality and that's just the way he gets down. That's why Antoine's good friend Harold Charlton was helping him out by working his thick pale cock up his ass. What are friends for when one is Black, male, freaky and bisexual?

Marjorie Waterson is a progressive African American sister who takes the high road when it comes to sexuality and experimentation. A lot of Black women nowadays are friends with effeminate gay Black males but get mad when a handsome, masculine Black man turns out to be bisexual. Black women don't like to share Black dick with other women, or with men. Marjorie isn't like that. Since gay men don't like pussy at all, Marjorie doesn't bother with the bunch. Marjorie finds bisexual men fascinating, especially the ones of African descent. That's why Marjorie is lying in bed right now, in her nice apartment in the Glebe area of Ottawa, getting her pussy eaten by a bisexual stud named Antoine.

"Damn right," Antoine paused to say, and he sucked on Marjorie's clit while fingering her wet pussy, causing the freaky Black mama to shudder and moan deeply in sheer pleasure. Meanwhile, Harold was sliding his thick pale cock into Antoine's ass. Harold and Antoine get along because they're both bisexual. They enjoy the ladies and the fellas, sometimes at the same time. Antoine isn't about to give up women and join the gay lifestyle, since that would be a waste of time and so damn limiting. The bisexual brother found himself a cool player partner in the bisexual and freaky Harold, and the highly freaky Marjorie. Double your pleasure and all that Jazz..

"Fuck you're tight," Harold said as he squeezed his cock out of Antoine's ass. Harold took a breather and watched Marjorie and Antoine do their thing. Antoine was eating Marjorie's pussy like there was no tomorrow, just like Harold knew he would. As Harold masturbated while watching Antoine and Marjorie get their freak on, he thought about all the weird and wonderful times they had. It's always great when one meets a kindred spirit. Such meetings make life more interesting. Harold and Antoine got a good thing going on and they live life to the fullest.

Harold and Antoine met at the University of Ottawa in the City of Ottawa, Ontario, and have been close friends ever since their freshman year. After graduation, they remained close friends, even though they came from different worlds. Antoine and Harold have fucked a lot of women together, but Marjorie was fast becoming their favorite. The curvaceous, dark-skinned African American with the big tits and big ass is simply voracious when it comes to sex. Marjorie moved to Ottawa, Ontario, from Detroit, Michigan, to sow her wild oats after her divorce. Harold and Antoine showed Marjorie that she definitely came to the right place...

"Fill my holes, fellas," Marjorie told Harold and Antoine, and the two best friends grinned, and then switched things up. Marjorie found herself sandwiched between the two men. Harold ate Marjorie's pussy while Marjorie sucked Antoine's long and thick ebony dick. The brother groaned in pleasure, caressing the freaky sister's head as she fellated him. Antoine has fucked a lot of women and more than a few men, and Marjorie sucked dick better than most guys he'd been with. The freaky Black woman was something else.

"You taste wonderful," Harold told Marjorie as he continued to eat her pussy, teasing her clit with his fingers and tongue. A lot of White dudes who are into Black women are competitive with Black men, and they hypocritically see nothing wrong with dating Black women while hating and fearing Black men. Harold isn't like that. Nope, Harold, originally from Berkshire, United Kingdom, is a progressive White man with bisexual tendencies. Harold will suck Black dick and eat Black pussy. Harold will fuck Black pussy and Black male ass. There's no shame in Harold's game.

"Eat that pussy, my British friend," Marjorie paused to say to Harold, as she sucked Antoine's dick. The three lovers continued with their fun, and Marjorie found out what it's like to have two handsome, masculine and strong bisexual men focus their attention on her. Antoine lay flat on the bed and Marjorie straddled him. Bucking his hips, Antoine thrust his hard dark dick into Marjorie's pussy, causing her to squeal in delight. Meanwhile, Harold came up behind Marjorie, and caressed her big beautiful Black ass while lubricating her backdoor. Harold slid his cock into Marjorie's ass, and just like that, the fun really began...

"Hot damn," Antoine said, and he sucked on Marjorie's big floppy tits as the sexy, curvy Black MILF rode him. Marjorie screamed passionately as she got filled up, with a stiff Black dick in her vagina and an equally stiff White cock in her butt hole. Harold thrust his cock deep inside Marjorie's ass hole, fucking her even harder than he fucked Antoine's ass earlier. Harold simply loves fucking Black asses, and doesn't care if those asses belong to women and men. Nothing wrong with that. It's always a good thing when one treats people equally regardless of race or gender.

As the evening continued, Antoine, Marjorie and Harold had a wild and wonderful time. Antoine and Harold fucked Marjorie silly and didn't relent until the sexy, freaky Black woman tapped out, overwhelmed by their dicks in her vagina and asshole. Afterwards, the three of them hit the showers, then sat down in Marjorie's living room to relax and talk things over. The three friends parted ways after an evening of fun. Harold and Antoine got into an Uber and went home.

After Antoine and Harold left, Marjorie dialed up her good friend Cherice Holloway, a curvy Jamaican woman whom she'd met in a nice little church in the south side of Ottawa. Marjorie told Cherice everything she'd done with Antoine and Harold, the two bisexual studs whom she simply could not get enough of. Unbeknownst to Marjorie, Cherice masturbated while the other woman described her sexual encounters in great detail. Cherice would very much like to be part of the fun that Marjorie shares with Antoine and Harold, and perhaps someday she will be. That's a story for another time, though. Goodbye, readers.
Reply to this topic
Reply to this topic